Research Evidence for Grants and Promotion

A 'how to' guide on information and tools for capturing evidence of, and describing, research outputs.

Author ranking is a method of sorting authors nationally or globally by either h-index, citations or field-weighted citation impact. This method can be limited to a specific date range or subject area.

How to list researchers by FWCI (or another metric) in SciVal 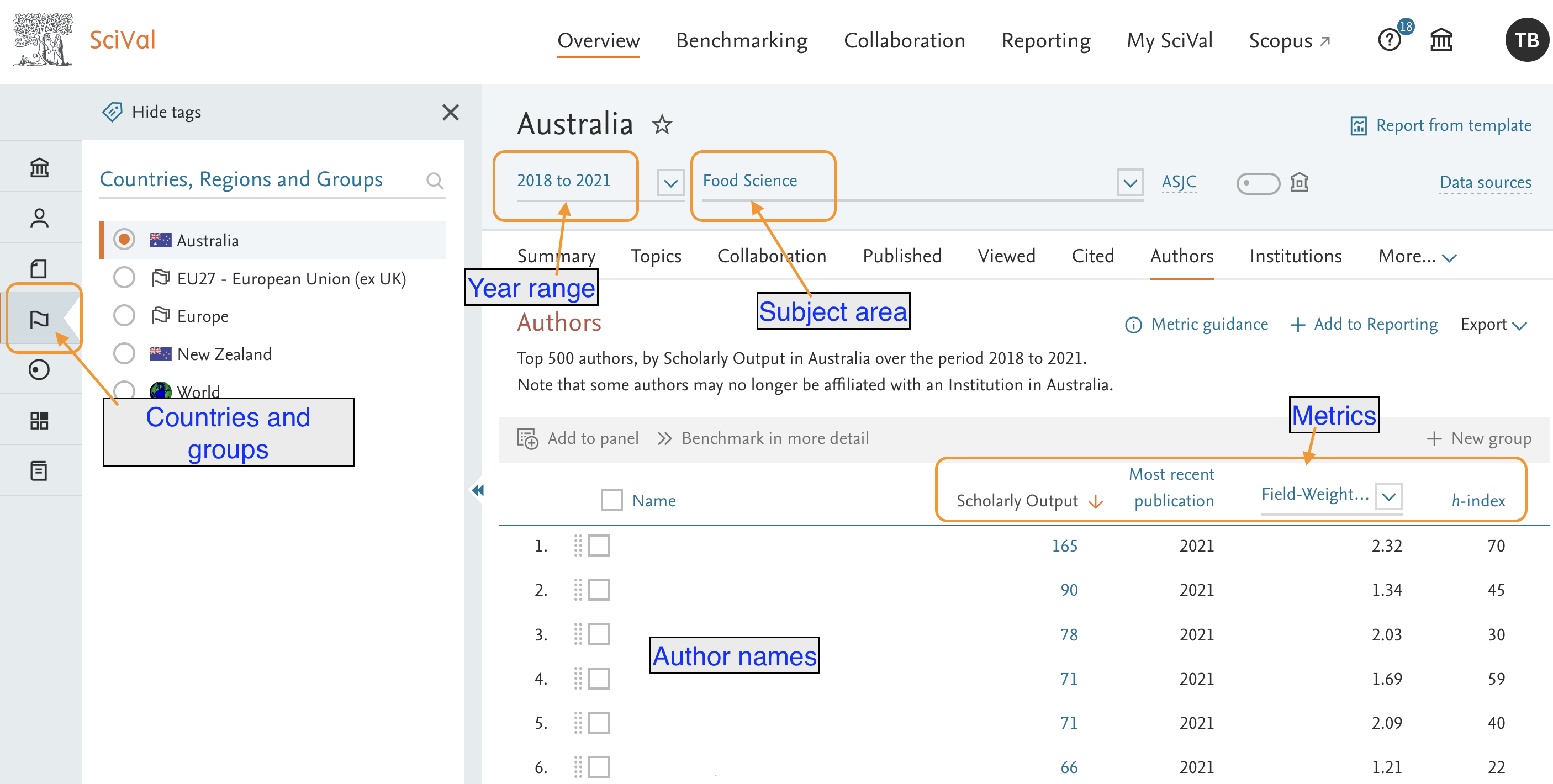 To benchmark how you compare with others in your field of research the following two metrics can be utilised:

FWCI is data sourced from SciVal of Scopus. FWCI is an author metric that compares the total citations actually received by a researcher's publications to the average number of citations received by all other similar publications from the same research field.

CNCI is data sourced from InCites of Web of Science. CNCI benchmarks the impact of an article or the impact of a researcher in a particular subject area. The CNCI of a document is calculated by dividing the number of citations by the expected citation rate for documents of the same type, year of publication and subject area. The CNCI for a set of documents, such as the work of an author or a group of authors, uses the average of all the CNCI values for documents in the set.

CNCI can also apply across several subject areas although it is a more meaningful metric if it is only for a single subject area.

A CNCI of 1 would be on par with the average citations for the subject area; more than 1 would be above average, and anything below 1 would be less than average.

How to find FWCI in SciVal 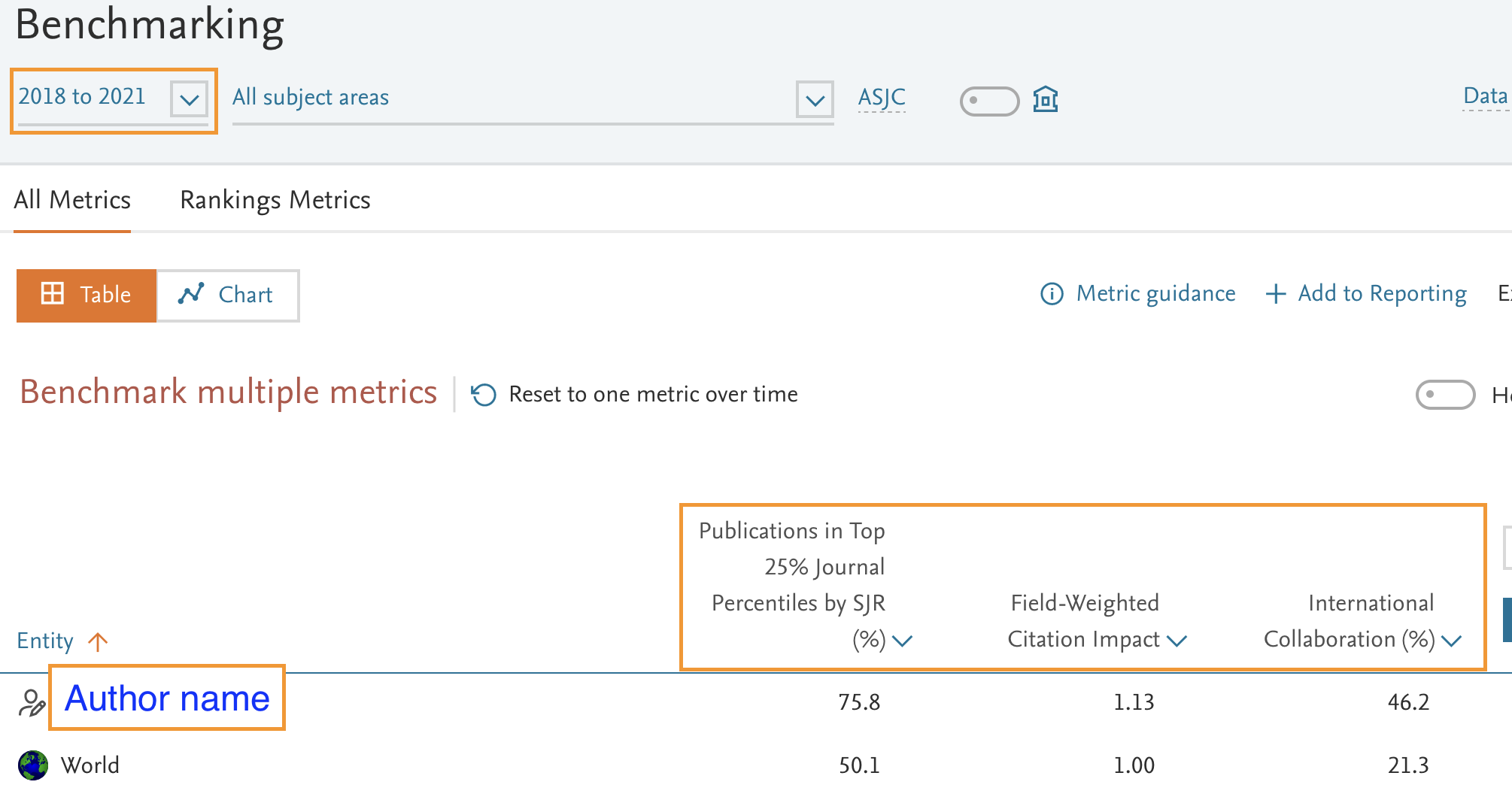 Note: The FWCI can be viewed in the Overview module, but the Benchmarking module allows you to select a longer date range.

How to find CNCI in InCites