Find information on how to use the Library's Special Collection. Explore the diverse content within the collection 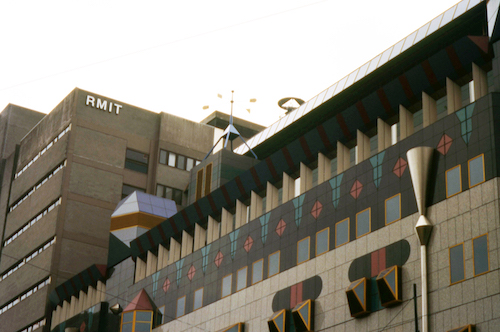 Having studied at RMIT, Peter Corrigan was a Professor of Architecture at RMIT University and taught architectural design and history for over 40 years. He marked his name as an internationally renowned architect, theatre designer, author and academic, based in Melbourne.

The importance of Peter Corrigan to RMIT cannot be overstated. He taught at RMIT continuously from 1975 and left an indelible print on the School of Architecture as well as the City Campus with his unmistakably (and, indeed, unmissable) postmodern Building 8. It features a dizzying array of influences and design elements.

Treasures of the Corrigan Collection 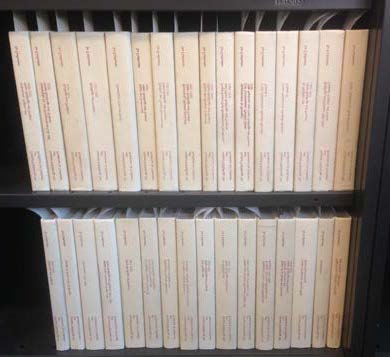 The drawings are organised by project or building name and run chronologically.

Due to the fragility of these drawings, the reproductions in these catalogues were taken from 35mm microfilm. The originals are so fragile (and many were made on delicate tracing paper) that re-photographing them was not allowed.

This set is complemented by: Le Corbusier plans, a DVD-ROM digital archive containing the complete set of Le Corbusier's architectural plans, sketches, and studies held by the Fondation Le Corbusier. 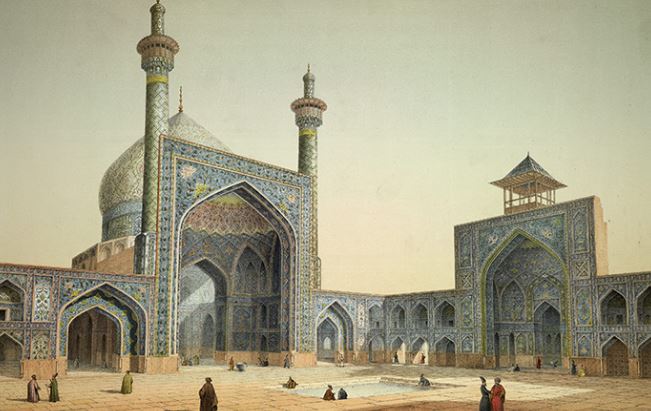 Reported to be Corrigan’s personal favourite book from his collection, it is easy to see why.

This exquisitely illustrated volume features over 50 plates of images, some chromolithographed, 1 aquatint, and the rest engraved or engraved and etched.

State Library and Museum of Victoria: a report on the Commissioned proposal / Edmond & Corrigan, Melbourne: 1986. 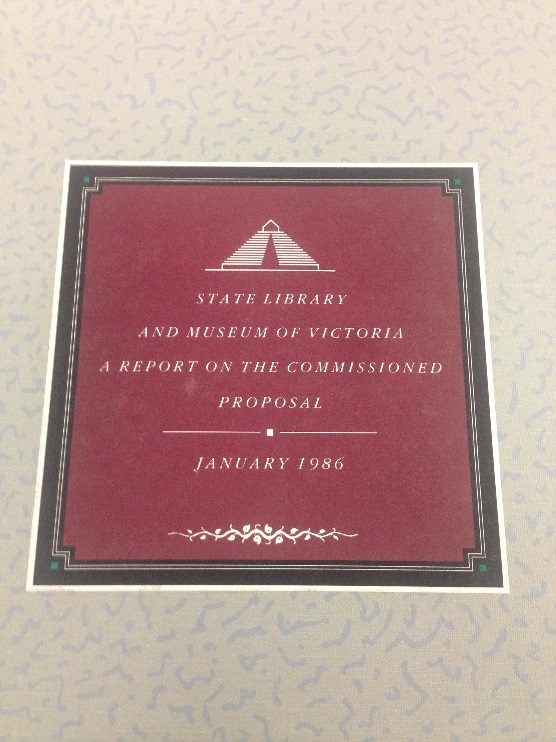 Edmond & Corrigan were among the nine firms that were selected to submit design proposals for the State Library and Museum of Victoria redevelopment started in 1984.

Their stunning design centred on a massive seven-storey pyramid situated on Swanston Street that would have transformed the city’s landscape.

This concept proved too dramatic, and the eventual winning design was a much more traditional and modest proposal that was never actually built anyway.

It is fascinating to turn the pages of this volume, however, and imagine what might have been. The copy housed in Special Collections is boxed together with the original submission contract, photographs, and an exhibition catalogue.